Ride of Silence tonight from FMC 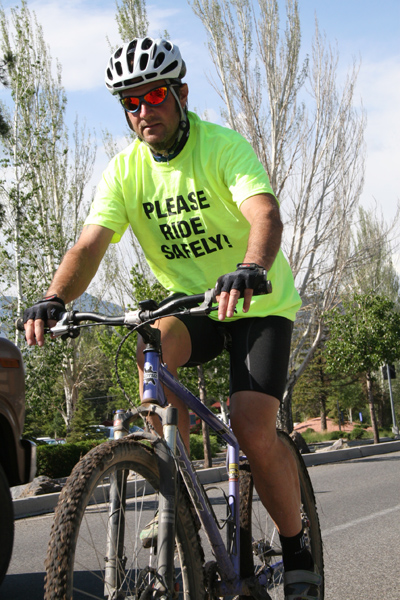 THE RIDE OF SILENCE

On May 21, 2008, at 6:00 PM, the Ride of Silence will begin at Flagstaff Medical Center in the West Campus Parking lot and roll across the globe. The Flagstaff ride will ride down Beaver street, through downtown and end back at FMC. All are welcome. Cyclists will take to the roads in a silent procession to honor cyclists who have been killed or injured while cycling on public roadways. Although cyclists have a legal right to share the road with motorists, the motoring public often isn’t aware of these rights, and sometimes not aware of the cyclists themselves.

The Ride Of Silence is a free ride that asks its cyclists to ride no faster than 12 mph and remain silent during the ride. The ride, which is held during Bike Safety month, aims to raise the awareness of motorists, police and city officials that cyclists have a legal right to the public roadways. The ride is also a chance to show respect for those who have been killed or injured.